Escalation of Force: The Basics

What is Escalation of Force?

Last week I wrote about Conflict Avoidance but what happens if that isn’t feasible or just won’t work? The next course of action 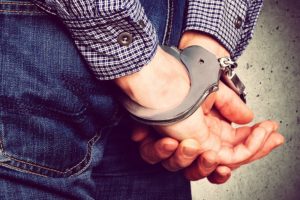 Escalation of force is the steps taken up to and including the use of deadly force.  It is a standard that provides law enforcement officers and civilians with guidelines on how much force may be used against a resisting subject in a given situation.

Various criminal justice agencies have developed different models of the continuum, and there is no universal or standard model. Detailed below is the standard model that Nationwide Investigations & Security, Inc. teaches our security officers.

Is your security system up to date? Get a free quote from our professionals today.

The escalation of force model has 5 levels.

These techniques should not be taken lightly. Training is required before attempting to take any of these steps. If you are not trained and do not have a security officer or somebody who is trained in case of an emergency, call the police. Do not attempt to take matters in your own hands!

Need trained security officers or other security-related services/products? Don’t hesitate to contact us today. We are available 24/7. Although our corporate headquarters is located in Houston, TX, Nationwide Investigations & Security, Inc. provides security services throughout the United States. If you have questions, give us a call at 1-800-294-6042.

Escalation of Force: The Basics

Does Your HOA Need Security? 5 Great Tips For Hiring A Security Company

Physical Security Is Just As Important As Cybersecurity

Does Your HOA Need Security?

The Benefits of Conflict Avoidance Training